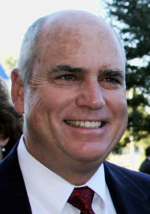 Dr. Bernard received a Ph.D. in chemical oceanography from Texas A&M University in 1978. For the next two years as an Assistant Professor at the University of Oklahoma School of Geology and Geophysics, Dr. Bernard taught graduate level courses in Organic Geochemistry and Isotope Geochemistry. In 1980, he accepted a position as Vice President of O.I. Analytical, Inc., a supplier of analytical instruments for the measurement of trace organics in water, soil, and air. While at OI, he was the director of R&D, designing and bringing to market instruments for the measurement of gases, volatiles, and petroleum hydrocarbons in the environment. In 1993 he was appointed Deputy Director of the Geochemical and Environmental Research Group of Texas A&M University, serving with his long-time friend and Director of GERG, Dr. James M. Brooks.

In 1996, Dr. Bernard partnered with Dr. Brooks in forming TDI-Brooks International, Inc., where he is a co-owner, Vice President, and Technology Director. TDI-Brooks is a Texas company that delivers high-quality field surveys, analytical services, and scientific interpretation, to the marine oil exploration, geotechnical, and environmental survey marketplace. Dr. Bernard has over 40 years of experience in natural gas geochemistry, including a career focus in the measurement and interpretation of molecular and isotopic compositions of the light hydrocarbon gases in the marine environment. His published models for the interpretation of the natural sources of light hydrocarbon gases have become commonly known in the scientific literature as “Bernard Plots” and are cited by investigators world wide in their research, papers, and presentations. The analytical methods he has developed for the measurement of the concentrations of interstitial gases in marine sediments are also in wide use, and have resulted in an accumulation of and data from over 30,000 cores taken in the continental shelves, slopes, and the deep water adjacent to continental margins worldwide. In addition, Dr. Bernard has led the development of several innovative seabed survey tools used in offshore geotechnical engineering surveys, including the TDI-Brooks CPT-Stinger, Gravity CPT tool, and an Auto-T-Bar instrument.