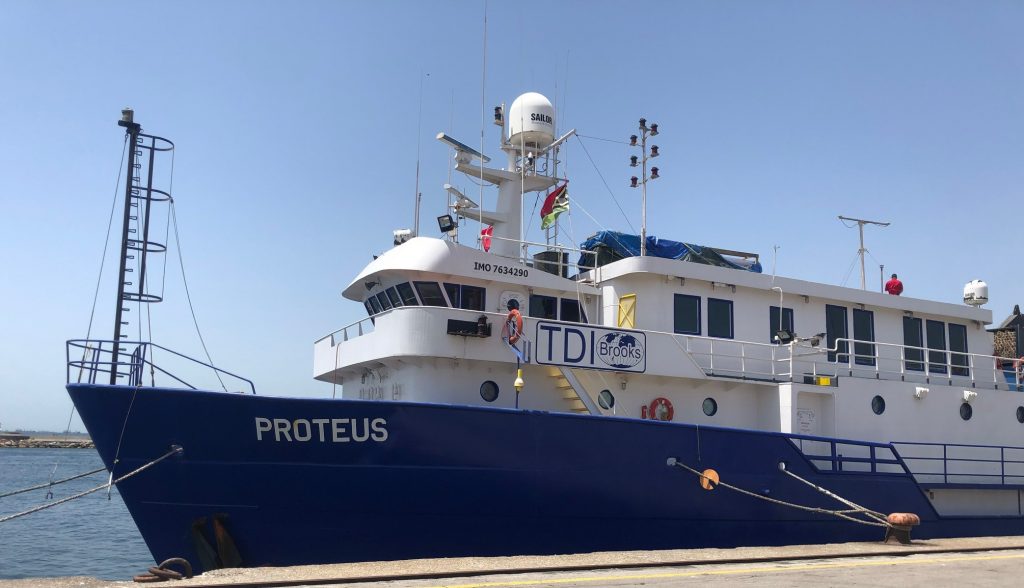 During the first cruise in April 2021, TDI-Brooks acquired approximately thirty (30) gravity CPTs (gCPTs) with our memory standard 15 cm2 CPT cones.  TDI-Brooks’ CPT cones were fitted onto Denar’s piston core (PC) rigs. On box cores, TDI-Brooks provided our cyclic T-Bar’s using Den-Ar’s provided box cores. This project was conducted on the “DENAR 2” vessel over a period of 71 days in the Turkish portion of the Black Sea. 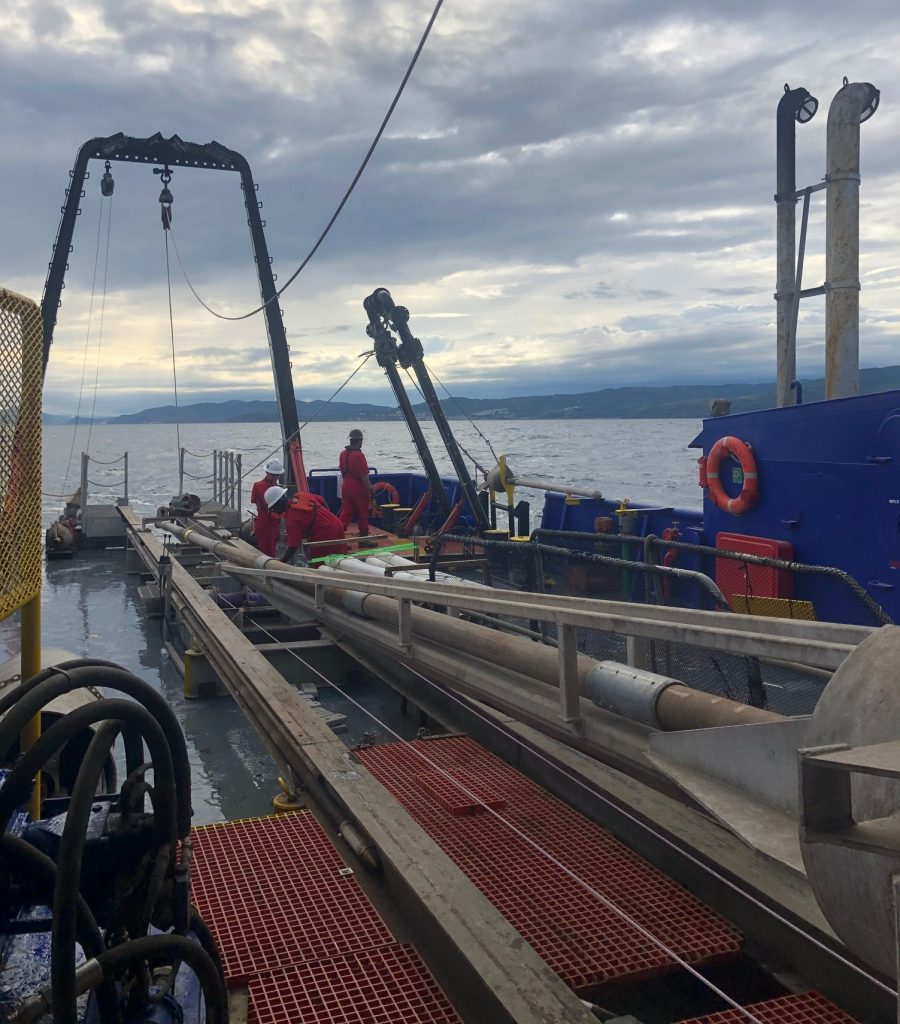 The purpose of the Gravity CPT Stinger (gCPT) tool is to transport a piezocone penetrometer down to the seabed or lakebed to gather dynamic PCPT cone data from the mud line to typically 6-10 m or even 20+ m BML. In addition to its 800 kg driving head with lifting bale and coupling, the rig comprises a self-contained PCPT cone penetrometer that measures tip resistance, sleeve friction and pore pressure using standard ASTM cone protocols. The gCPT system is deployed using the same winch, A-frame, and process as for piston coring. When just above mudline, the tool is triggered like a piston corer to ballistically insert itself into the soil. Once the cone insertion into the soil is complete (less than 3 sec after trigger), the system is immediately retracted from the seabed and retrieved to the deck. Cone data are downloaded from the probe for evaluation and analysis. The tool is readied for the next deployment, typically in less than 5 minutes, making numerous measurements per day feasible, depending only on water depth and winch speed. The maximum water depth for the gCPT is 4,000m.

The TDI-Brooks Auto T-Bar instrument measures the progressive resistance of a soil column to a cylindrical rod (shaped as an upside-down T) as it is pushed down the soil column at a constant rate.  Operation consists of mounting the instrument onto a box corer containing an undisturbed seabed soil sample, connecting the instrument to a source of compressed air, and starting the automatic advance of the T-Bar into the soil sample. The resistance of the soil is automatically logged during the downward advance until the bottom of the soil sample is reached by the T-bar. The instrument then reverses T-bar movement and logs the soil resistance generated during the upward, retracing return of the T-bar back up to any desired soil depth or to the surface. This sequence of a downward stroke followed by upward re-trace through the failed soil can be immediately repeated as many times as desired. Sets of 10 such cyclic T-bar tests are typical in box cores.

TDI-Brooks is a research and service company headquartered in College Station, TX specializing in high-end environmental chemistry; multi-disciplinary oceanographic and environmental projects; surface geochemical exploration; geotechnical and offshore survey projects for federal and state agencies as well as private industry. TDI-Brooks was formed in May of 1996. It operates four (4) multi-use oceanographic research vessels.