For a newly published study of microbial life at hydrocarbon seeps, TDI-Brooks International, Inc. collected and analysed samples from 172 sediment cores that were collected as part of a 2011 survey for the oil industry in the eastern Gulf of Mexico. TDI Brooks performed geochemical testing on all of the cores, setting the stage for the microbiology hypothesis testing at the University of Calgary. 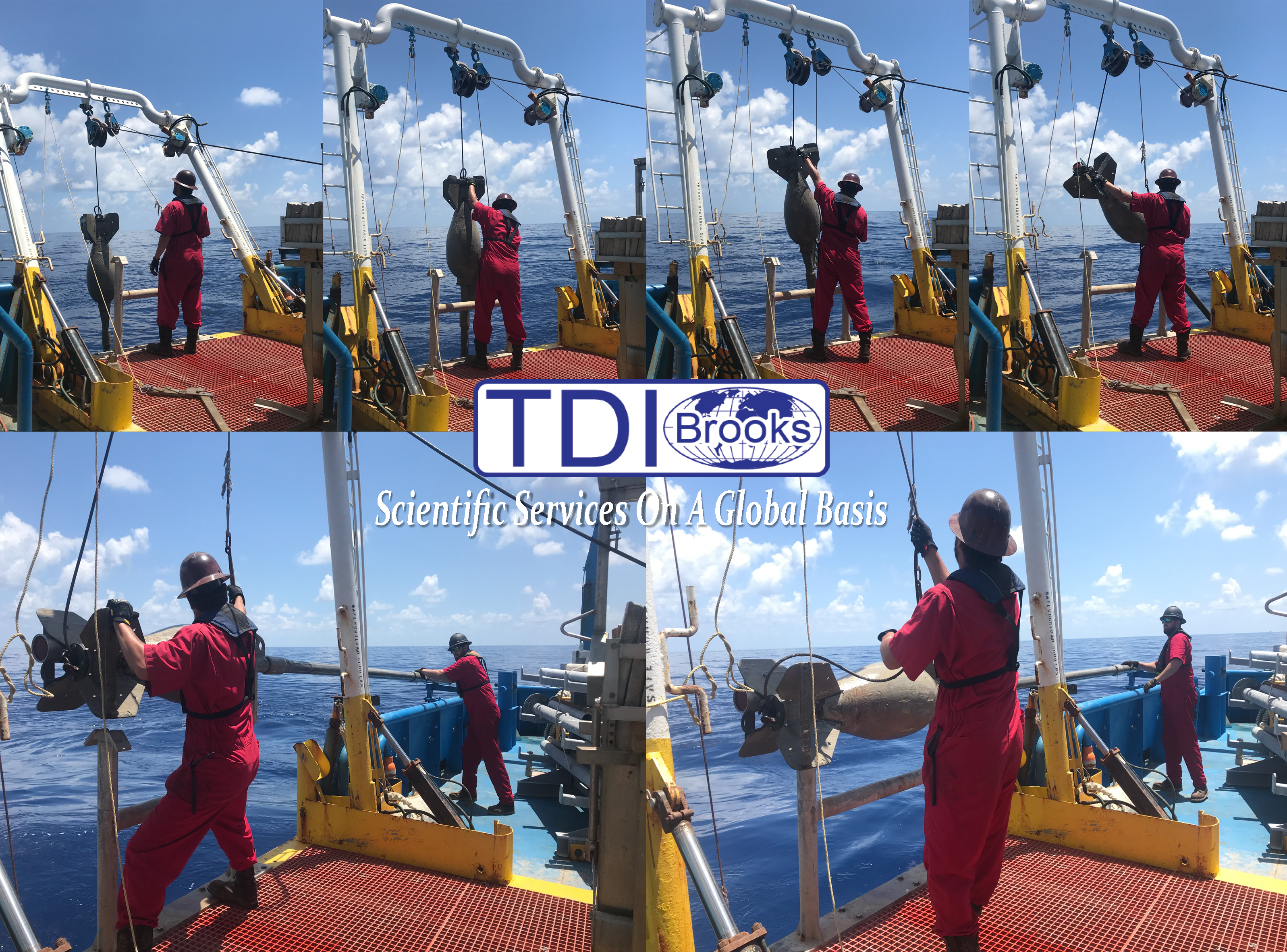 “This study confirms that gas seeps are a conduit for transporting life from the deep biosphere to the seafloor,” says co-author Emil Ruff, a scientist at the Marine Biological Laboratory (MBL), Woods Hole. The study, led by Anirban Chakraborty and Casey Hubert of the University of Calgary, is published this week in Proceedings of the National Academy of Sciences. READ FULL ARTICLE HERE: https://www.pnas.org/content/early/2020/04/29/2002289117

TDI-Brooks uses a sequence of specific procedures developed and improved over decades of geochemical investigation. This method consistently yields a highly accurate identification and a quantitative evaluation of potential sites with migrated oil. TDI-Brooks’ interpretation of survey results is made even more robust through comparison with a world-wide database of SGE survey results from 100,000+ samples collected, analyzed, and interpreted spanning the past several decades.

The paper complements an earlier study from the same geographic region that TDI-Brooks published together with the same team, in 2018, on dormant endospores of thermophilic bacteria (thermospores) that can be detected in cold marine sediments following high temperature incubation. Thermospores in the cold seabed may be explained by a dispersal history originating in deep biosphere oil reservoir habitats where upward migration of petroleum fluids at hydrocarbon seeps transports viable cells into the overlying ocean.

This week’s PNAS paper shows new evidence that seepage can also transport active bacterial cells in this way. “Whereas sedimentation slowly buries microbial communities into the deep biosphere, these results show that it’s more of a two-way street. The microbes coming back up offer a window to life buried deeper below,” Hubert says. “These relatively accessible surface sediments give us a glimpse into the vast, subsurface realm.”

The study adds a new dimension to understanding the metabolic diversity of seabed petroleum seep microbial communities. “If it weren’t for the microbes living at hydrocarbon seeps, the oceans would be full of gas and oil,” Chakraborty says.

A large proportion of Earth’s biomass is found in dark warm subsurface habitats where biodiversity is comprised exclusively of microorganisms. Recent research has shown active populations of anaerobic microbes, many of which are thermophiles, in deeply buried anoxic sediments, oil reservoirs, permeable ocean crust, and around hydrothermal vents at mid-ocean ridges.

Geological features enabling seabed fluid flow from warm to cold environments, such as hydrocarbon seeps and mid-ocean ridge-associated vents or seamounts, physically connect subsurface ecosystems to the overlying oceans. The transport of cells from subsurface habitats up into the overlying ocean may contribute to marine microbial biodiversity, including the well documented ‘rare biosphere’. This marine microbial seed bank includes inactive endospores of thermophilic bacteria, i.e., thermospores.

TDI-Brooks’ adds our knowledge of historical background levels of the analytes for a specific area, environmental factors, and any unique characteristics of the region being sampled. The process consists of the following sequential steps: Core Site Selection, Core Acquisition, Laboratory Analysis, and Interpretation.

Our research vessels deployed to sample the core targets typically collect additional acoustic data with a hull-mounted sub-bottom profiler prior to core acquisition. These real-time on-site surveys are used to correlate the seabed or sub-bottom feature to be cored with the corresponding seismic record used originally to high-grade the site. This process can refine the best core target location, and provides sub-bottom structure, bottom hardness, and features associated with migrated petroleum on the seabed.