TDI-Brooks was contracted by Coastal Environments Inc. and Gray & Pipe, Inc. who received funding from NOAA’s Office of Ocean Exploration and Research for this expedition. TDI-Brooks performed geotechnical piston coring at Sabine Pass 6 and High Island Blocks 117, 118, 130, 160, 177, 178 and A7. These efforts are part of the expedition “Paleolandscapes and the ca. 8,000 BP Shoreline of the Gulf of Mexico Outer Continental Shelf 2020”, to add more information about the environment in which early Gulf Coast inhabitants would have lived.

The original geophysical data collected in the early 1980s were printed on thermal paper, before digital data were available, and had become unusable. Coring locations were selected based on 2019 data, as well as by attempting to relocate some of the original cores.

Paleolandscapes of the Gulf of Mexico Mission Overview

“In 2019, the project team spent two weeks offshore in the Gulf of Mexico collecting data to help answer questions about areas of the continental shelf that were once exposed as dry land. Throughout time, global sea level has risen and fallen, alternately covering and exposing the land. Today, the Gulf of Mexico is largely known for its shrimping, fishing, and extensive offshore oil and gas development, but evidence of the earliest Gulf coast inhabitants could be preserved, buried under sediment and sea. But on a continental shelf where approximately 40 million acres could have been dry land in the last 12,000 years, where do you start looking?”

The TDI-Brooks 3-inch-diameter piston coring (PC) system consists of various hardware assemblies designed to be safely and robustly fastened together into a working core rig and deployed to the seabed for extracting a piston core. 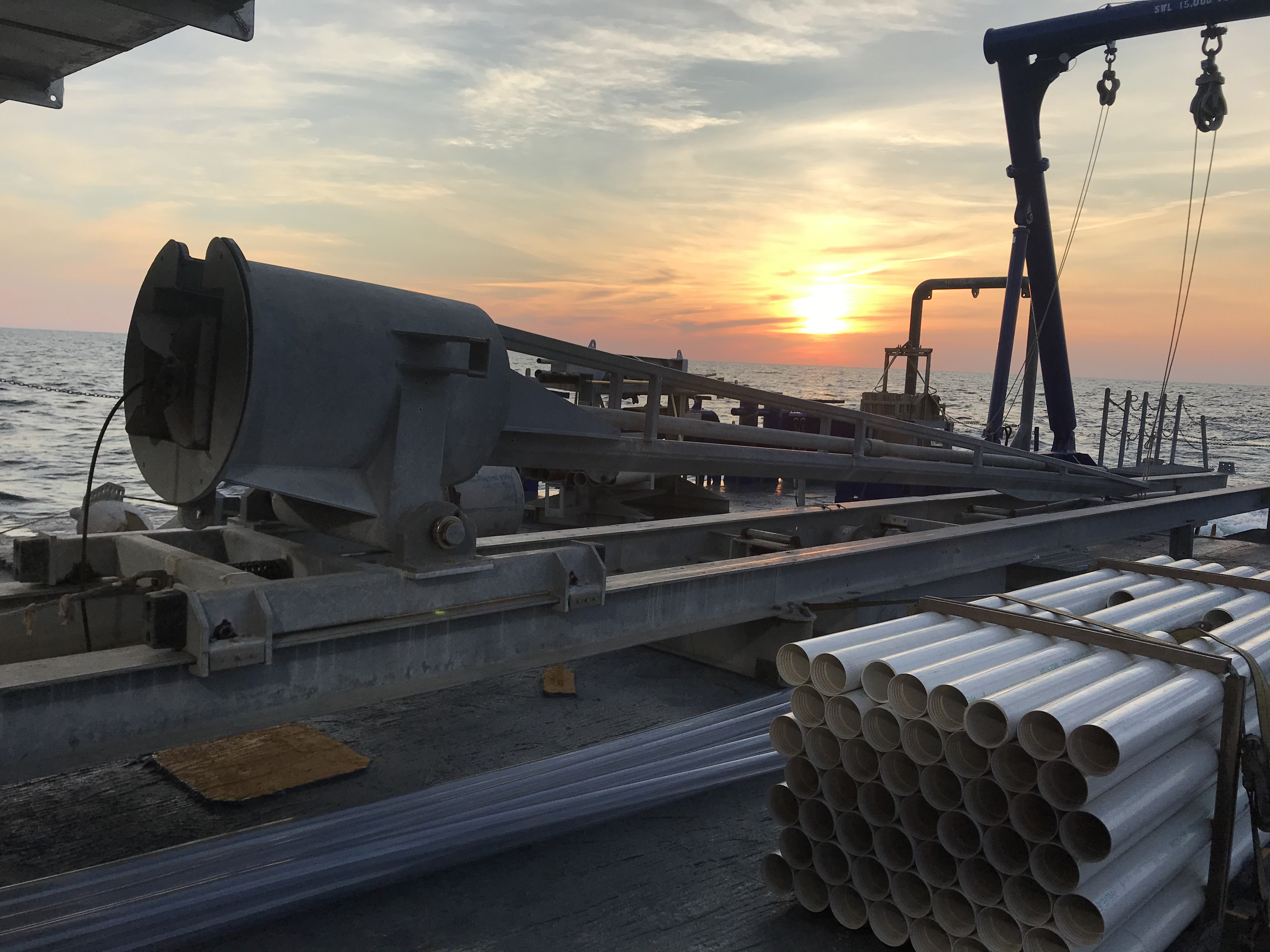 Figure 1: With the sun rising over the horizon, the coring rig sits ready for deployment. Image courtesy of A. Herrera-Schneider, .

TDI-Brooks’ piston core deployed from the stern of the vessel, aimed over the target, and allowed to free fall into the sediment (Figure 2). The main winch, main-line coring rope, and the PC coring A-Frame are used for deploying and retrieving the 3-in. piston core rig on TDI-Brooks vessels. In addition to the deployed hardware, several assemblies are mounted to the vessel working deck to manage the deployment and retrieval of the coring rig. 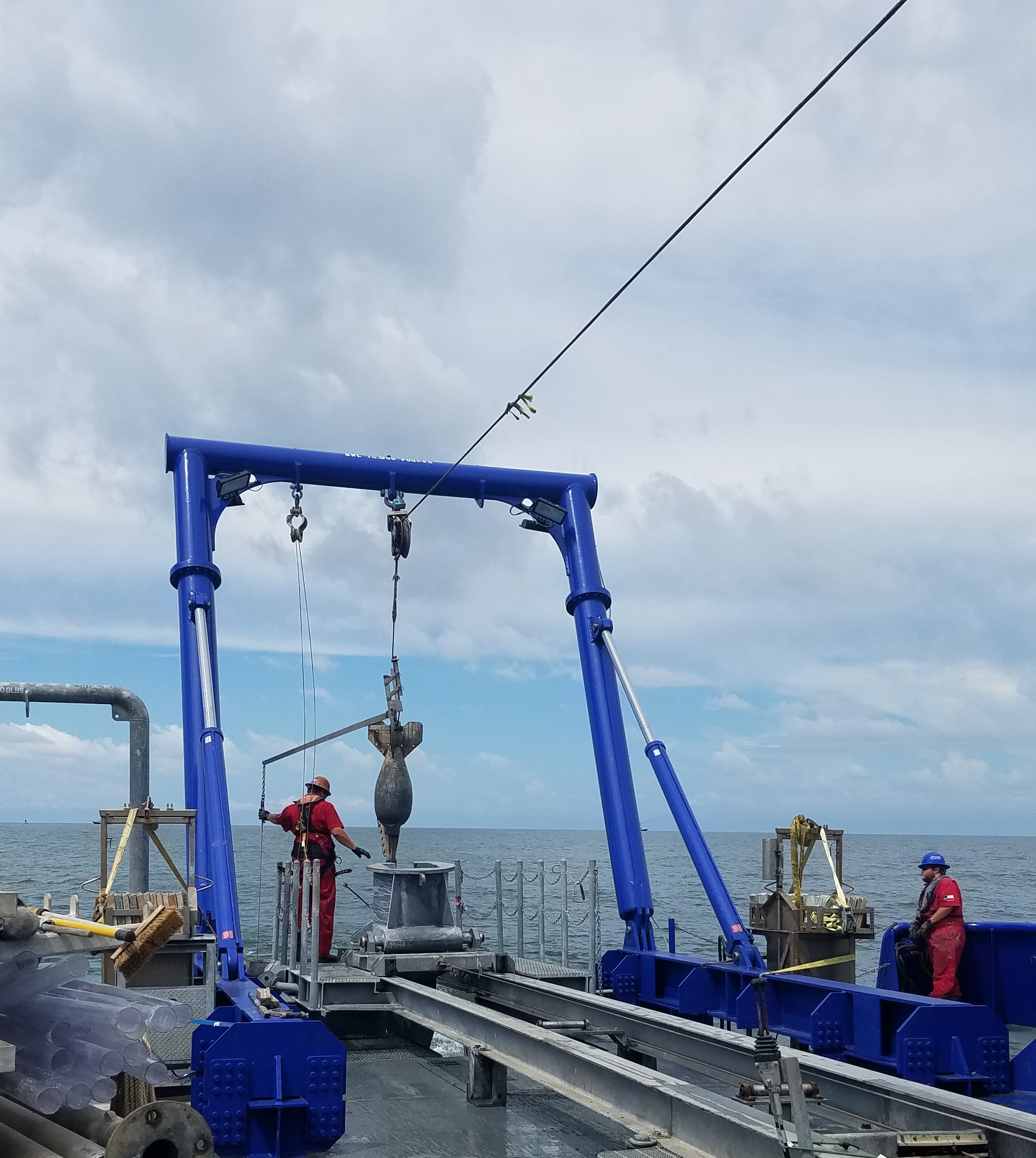 Figure 2 – The piston coring rig deployed over the stern, and just prior to sampling. Image courtesy of A. Evans.

A piston corer uses a free fall of the coring rig to achieve the desired initial force on impact, and a sliding piston inside the core barrel to reduce inside wall friction with the sediment and to assist in the rapid evacuation of displaced water from the top of the corer.

Once the sample is collected, the entire rig is pulled to the surface and placed back into its cradle, which is then recovered on deck. The cutter head and core catcher are removed from the barrel and the liner removed for inventorying and sectioning. We rinse and bag anything from the core catcher and drill bit, but our only other opportunity to see what we might have comes when we section the 6-meter (20-foot) long core barrel into smaller sections for transportation and storage (Figures 3 and 4). 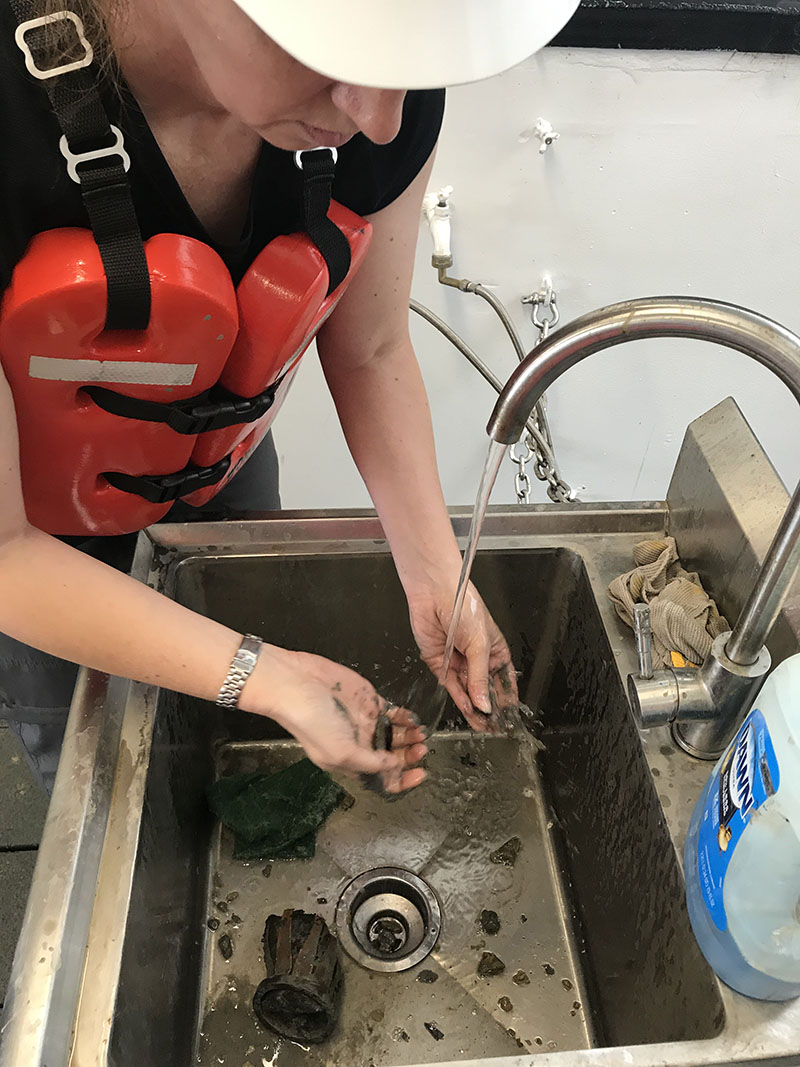 Figure 3: Sediment from the core catcher contained wood fragments, which were rinsed and catalogued. Image courtesy of A. Herrera-Schneider. 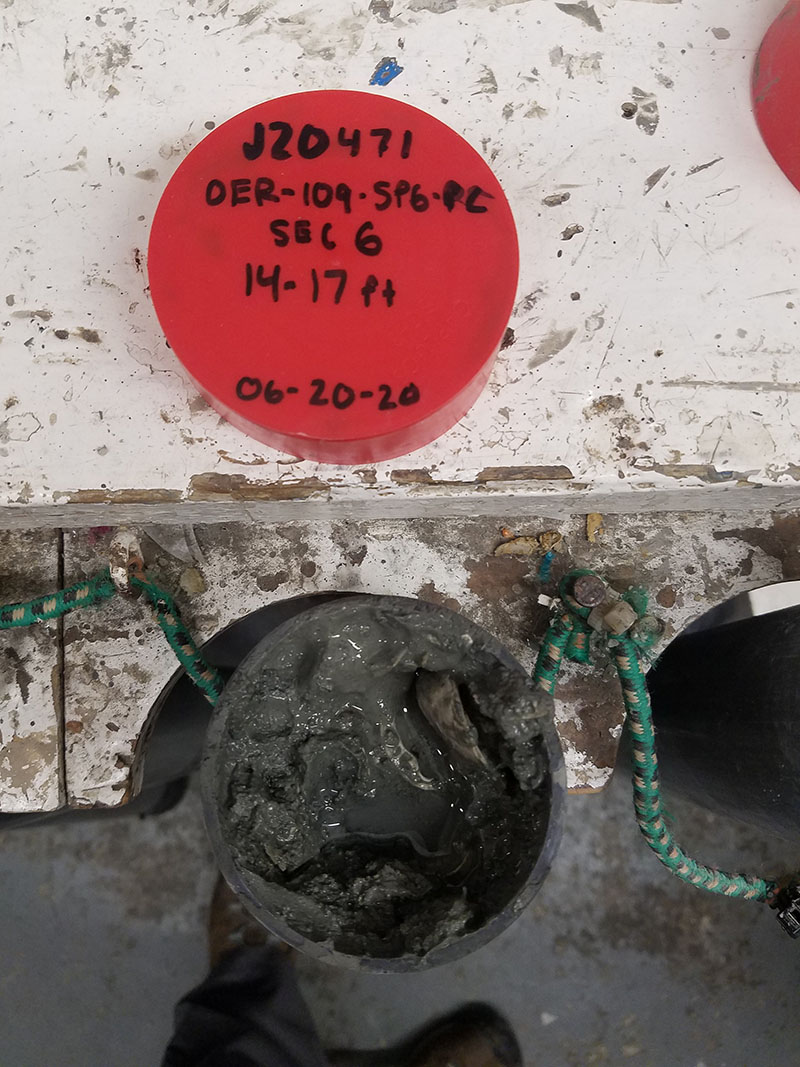 Figure 4: A shell deposit was observed in the core when sectioned into smaller pieces. Image courtesy of A. Evans.

Details on our Geotechnical Tool Kit can be found HERE