TDI-Brooks recently mapped the Liberty Ship George Vancouver off Freeport, Texas while out on a seabed survey project with the R/V Brooks McCall. The multiple multi-phase geophysical and geotechnical site surveys program consisted of pipeline routing and subsea structures to facilitate route and project design for offshore developers.

Equipment used to map the ship was a Teledyne Reson SeaBat T-20 multibeam sonar with integrated Applanix POSMV for Motion. Applying the mesh tools to the multibeam survey shows an example of the shipwreck. 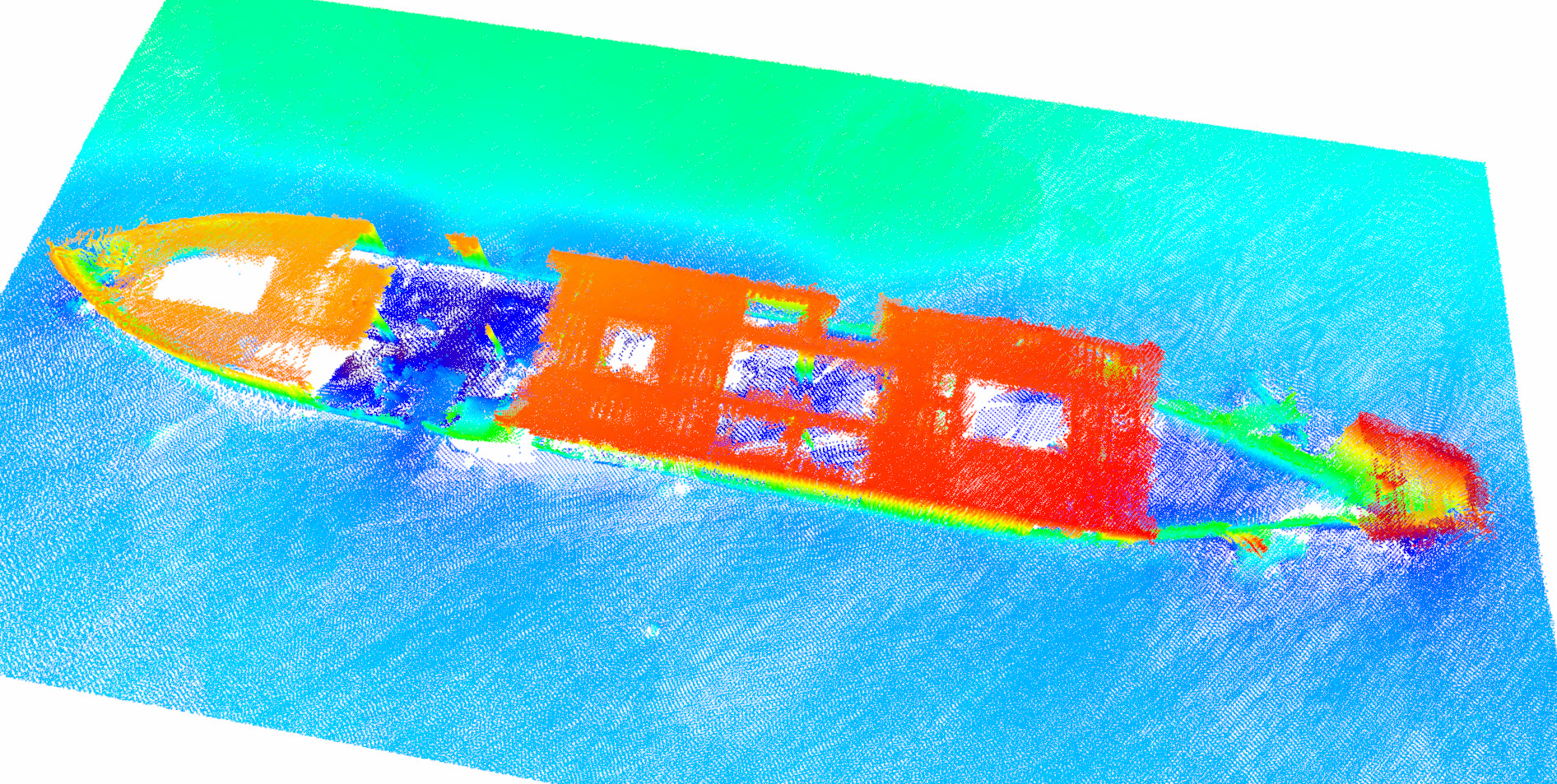 Texas has been involved in artificial reef development for nearly 50 years. Numerous reef building materials have been used over the years. However, the first highly successful artificial reef development occurred during the mid-1970’s when 12 obsolete Liberty Ships were sunk at five different sites in the Gulf of Mexico. During deployment to the Freeport Liberty Ship Reef site in 1976, the Vancouver sank during a storm and settled to the bottom of the Gulf at its present position. Eleven other Liberty Ships and two tankers are located at other reef sites along the Texas coast. Brochures for these reef sites are available from the Texas Parks and Wildlife Department. 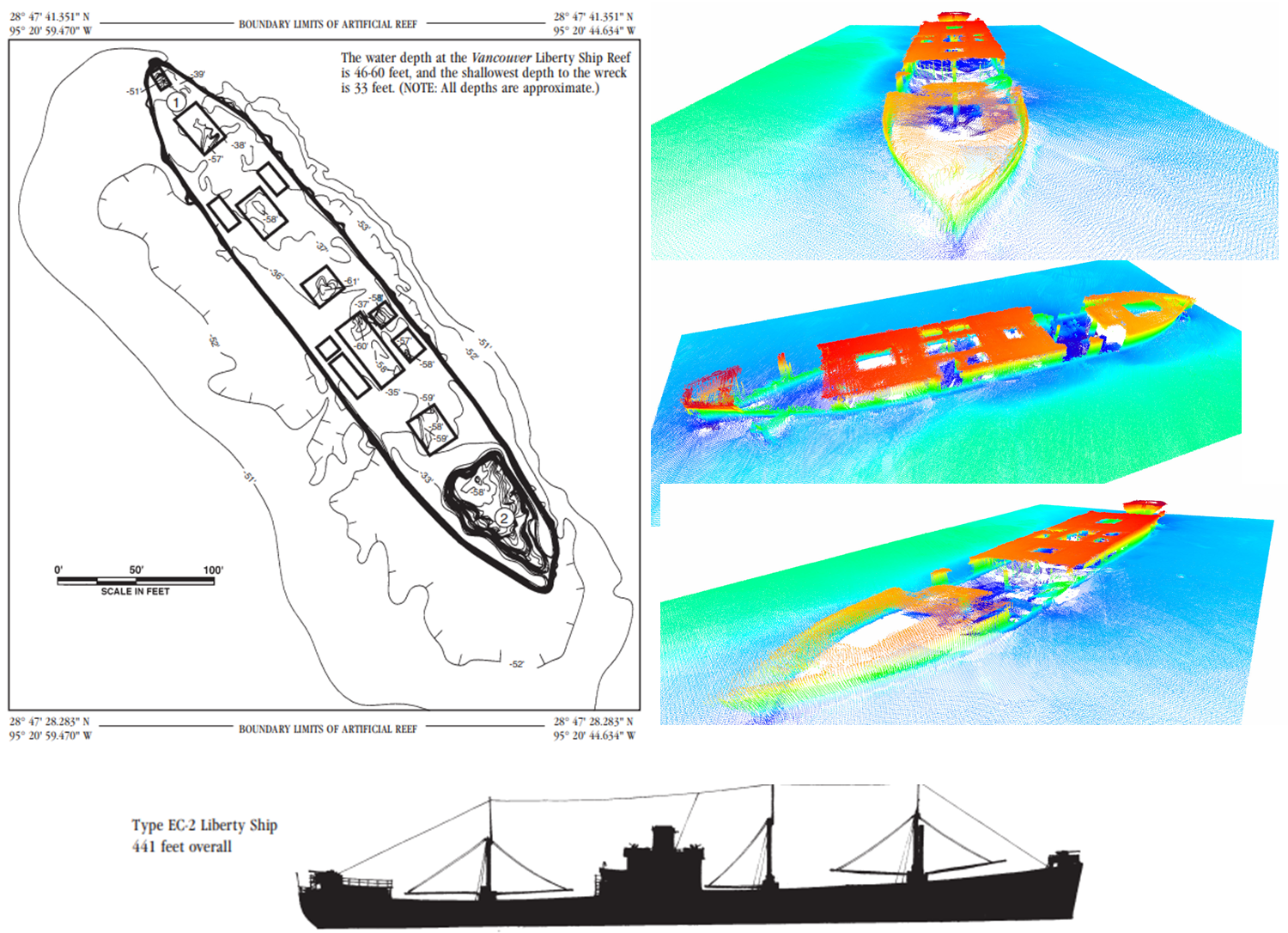 The multi-phase geophysical surveys were performed, all of which included integration of bathymetry, side scan sonar, sub-bottom profiling and magnetometer data. Side scan sonar data was used to determine areas of the seabed with contrasting acoustic properties that relate to different seabed sediment composition, sedimentary features and rock outcrop. The purpose of the geotechnical site survey was to gather sufficient site-specific geotechnical data for the design and installation of the offshore facilities. The geotechnical assessment included box cores, piston cores and CPTs throughout the routes and terminal areas.

Each TDI-Brooks vessel uses its multibeam echo sounder to conduct hydrographic surveys. Multibeam sonar measures the depth of the sea floor by analyzing the time it takes for sound waves to travel from a boat to the sea floor and back. In addition to our onboard services, we offer portable tool kits which can be shipped to any vessel of opportunity.